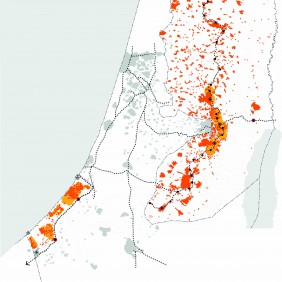 The Heartland of the West Bank

Though only covering 5,655 km2, the West Bank is fraught with an enormity of challenges, including territorial fragmentation and artificial scarcity of land. More than 60 perecent of the West Bank (called Area C) – containing the bulk of natural resources – is off-limit for Palestinian development due to the Israel’s continued control. Other challenges include high population growth rates of 3.01 percent, and a rapid pace of urbanization at 3.3 percent compared to the world rate of 1.98 percent. Though the situation today is complex, a spatial development vision for the future of the West Bank is critical in order to rationalize interventions and investments, and realize an independent and viable Palestinian state.

To this end, UN Habitat’s office in Palestine and the International Society Of City And Regional Planners (ISOCARP) joined efforts with local and national partners to elaborate a series of spatial visions for the heartland of the West Bank region which includes East Jerusalem, Bethlehem, Ramallah, and Jericho.

Today, UN-Habitat and ISOCARP have launched the result of their partnership – a special magazine containing a collection of articles prepared by Palestinian and international planners addressing spatial planning issues in the West Bank at different levels – from the street design level to national planning policies level. The magazine provides innovative spatial planning solutions for the current and anticipated future challenges for spatial development in the West Bank. A special focus was given to mobility solutions with high-tech applications and encouraging multiple modes of public transportation to better connect the Palestinian cities and communities within the heartland of the West Bank and within the whole Palestinian territory including Gaza Strip.

“The magazine is a vocal expression of the will of Palestinian planners to work with Palestinian and international stakeholders to chart a sustainable spatial development future for the State of Palestine” said Joe Hooper, Head of Office UN-Habitat Palestine.

The magazine is a product of a participatory process that is set to continue by engaging different groups within the Palestinian society through an open dialogue about the future of their communities. “Charting a course for the future of Palestinian cities starts with talking with their inhabitants, asking for their dreams, and listening to their meaningful stories. With this magazine for the West Bank, I hope that all actors and stakeholders are better able to understand the dreams, desires, values and opportunities for the Palestinian cities” wrote Martin Dubbeling, ISOCARP Vice President Urban Planning Advisory Teams for the magazine.

This magazine is touted as a contribution to the commitment to achieve the 2030 Agenda for Sustainable Development, in particular the core target 11.3 under Sustainable Development Goal 11 “Sustainable Cities and Communities” that reads: “By 2030, enhance inclusive and sustainable urbanization and capacity for participatory, integrated and sustainable human settlement planning and management in all countries”. Working to this end, the content of the magazine was presented to a wide range of local, national, and international stakeholders, including the participants of ISOCARP’s 51st International Planning Congress “Cities Save the World: Let’s Reinvent Planning”, that took place from 19 to 23 October 2015 in Rotterdam, The Netherlands. 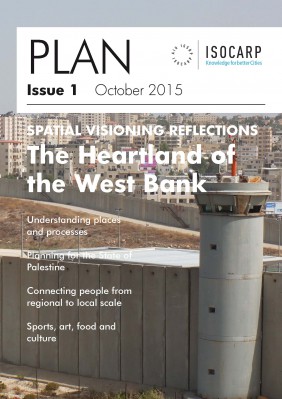 ´Welcome to the first edition of PLAN Magazine. In a series of three editions, we are focusing on the experi¬ence and the results obtained from the ISOCARP Urban Planning Advisory Team (UPAT). The West Bank UPAT closely collaborated with local stakeholders and actors to respond to emerging urban challenges and to jointly envisage and sketch possible trajectories for the heartland of the West Bank. The overall framework for the UPAT was to look beyond the present situation raddled with separating barriers, and acknowledge the borders of 1967 as fully open for travel and trade.

This magazine is more than a regular policy report: it reflects the work experience and mutual learning process between local stakeholders, practitioners, civil society, and the UPAT team and is integrated in different articles. While the UPAT spatial vision focuses on the heartland of the West Bank, IPCC contributed with a spatial vision for the future State of Palestine. Discussing with Sameer Eisheh, he emphasises the importance of a multimodal system in improving local livelihoods in a future Palestine. Urban design is linked to place making: Asmaa Ibrahim introduces the co-design projects of UN-Habitat for different communities in Area C that do not need building permits for implementation. The micro scale was also the focus for a team of students from An-Najah University and the Bard College, who joined the UPAT team for a rapid-design workshop.

Experiencing ourselves the impediments of movement and being terribly stuck in urban traffic, mobility quickly turned into a focal point. The integrative role of mobility as a carrying structure for the development of the Palestinian Metropolitan Region, was one of the core questions on the regional scale. Sebastien Goethals is introducing a multi-scale approach and its importance as a driver for sustainable urban development. But an-ticipatory development strategies do not stop on the regional scale; they have to link the scales and answer the question on how to improve the livelihood of Palestinian communities on the local scale at present.

The scope of articles illustrates that both professions share a relationship to decision-making – resonating the question of either to keep trajectories or to jointly imagine and create alternative futures. This first edition of PLAN has been created thanks to a marvellous team: people from Palestine and many other corners of the world, brought together by ISOCARP, UN-Habitat and UNDP, who committed themselves to jointly embark on a challenging, but worthwhile process. A big thank you to all the authors and people who contributed to this edition of PLAN. On behalf of the editorial team, I invite you to read along, hoping that the magazine contrib¬utes to an inspiring discussion for the development of the next Palestinian National Spatial Plan.´ 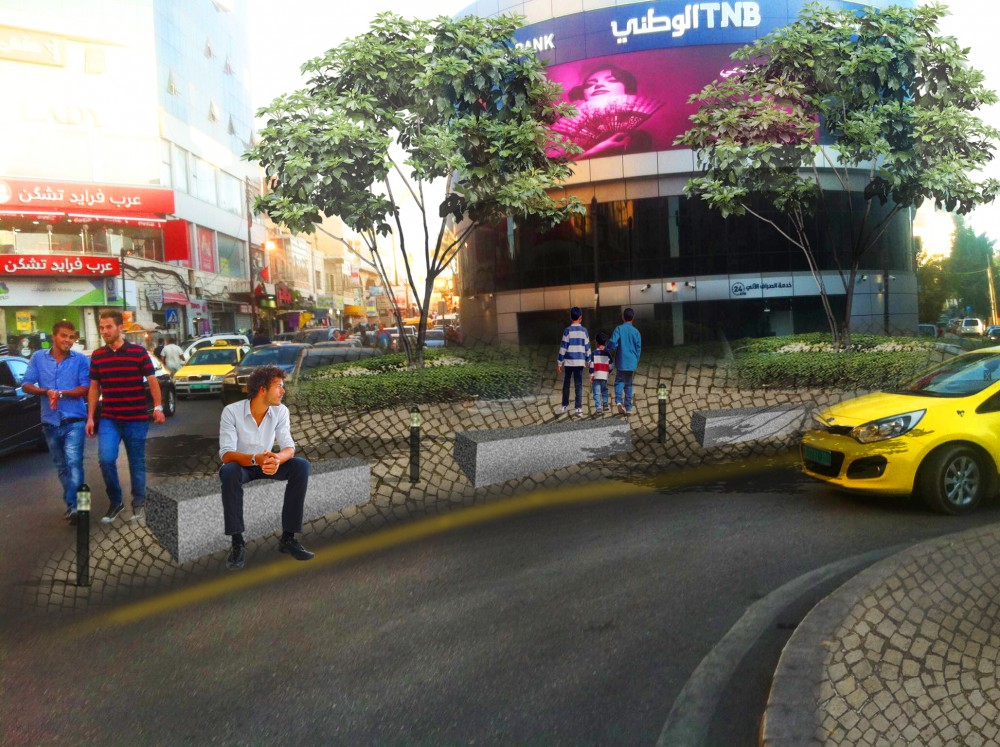