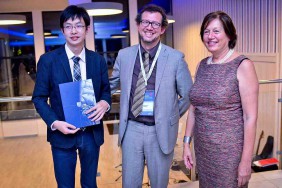 The ISOCARP Awards of Excellence in Planning is becoming year after year an event that provides an opportunity to express some of the best urban and regional planning practices in different parts of the world. The 2014 event hosted a competition among projects, which tackled important issues such as waterfront development, community and stakeholder involvement, environmental preservation or efficient use of resources. The ISOCARP jury went through the excellent delivered proposals and eventually selected a list of projects that were awarded on this year’s ISOCARP Congress in Gdynia, Poland.

The first place was awarded to the River of Life Project in Kuala Lumpur, Malaysia, a project delivered by AECOM.

The third place was conferred to the proposal regarding The Conservation and Land Use plan of Xiangshan Harbor, Ningbo delivered by NBPI.

Finally, a special mention was awarded to the Newplan Software tool delivered by Trilogis.

The first place went to AECOM for their River of Life Project in Kuala Lumpur, Malaysia.

The proposal shows very clearly the key ideas and messages that drives the designers in the framework of Kuala Lumpur river qualification. The assumptions defined in the project curriculum present high standards, while the overall concept provides the opportunity for more efficient and beneficial solutions both for the local community and with regard to the urban and natural environment.

The price was delivered to Mr Guy Perry.

The second place was awarded to the consortium of CPG Consultants and Atelier Dreiseitl for their Kallang Riverside Development proposal.

The ideas presented in the submission were considered to be innovative and challenging by the jury. The proposal shows a high level of innovation especially from the point of view of the integration between different sectors: planning procedures, community development, environmental preservation and economic development. 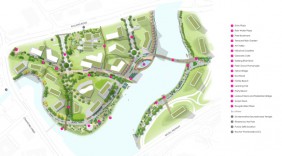 The price was delivered to Mr Dylan Yee.

The third place went to NBPI for their delivery of The Conservation and Land Use Plan of Xiangshan Harbor, Ningbo.

The project is a valuable large scale redevelopment plan for a vulnerable harbor area. As sush, it addresses both environmental and economic issues, which deserves appreciation. The designing solutions provided a good grade of innovation, however the jury considered that aspects connected to zoning and realization of a highway as an asset for landscape protection need to be better assessed. 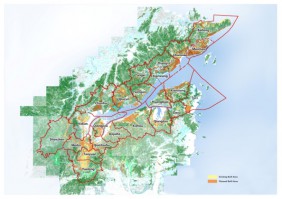 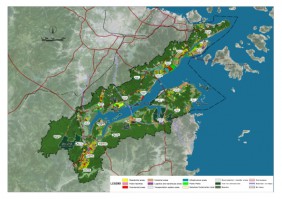 The price was delivered to Mr NI Mindong.

A special mention was awarded to NEWPLAN for their Newplan Software.

The Newplan tool could be an added value for many cities. It presents a relevant grade of innovation, however the tool should be completed by considering techniques and methods for stakeholders involvement in order to consent to manage even aspects linked to participatory planning approaches.

The price was delivered to Mr Giuseppe Conti.

The Jury for the ISOCARP Awards for Excellence in Planning 2014 consisted of the following members:

The members judged the entries on the following criteria:

The coordinator and selector of the Jury was the VP Awards, Communication and Marketing (Dr. Ing. Pietro Elisei). The ISOCARP Awards for Excellence provide an international platform for presenting planning results and proposals in/for towns and regions. Cities and planners that strategically face contemporary global challenges definitively frequent this yearly competition. ISOCARP is preparing the call for the next edition, soon to be announced on our website…with new initiatives, new rules and more opportunities for interested cities, institutions, research centers, universities, group of planners, neighborhood communities, companies, industries and other interested stakeholders.