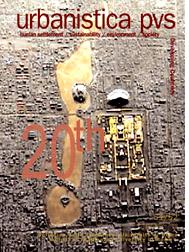 The “urbanistica pvs” is an outstanding contribution to the theory and practice of city & regional planning. The journal focuses on the developing world, but especially in the theory of planning it is not limited to it. It is an impressive and interesting publication which makes a great contribution to planners’ knowledge on human settlements, sustainability and society. Some jury members raised queries about the somewhat dated design of the journal.