In the framework of the 50th anniversary of ISOCARP the society granted a special award, the Sam van Embden Award. The award was given in three categories:
– the lifetime achievement of a person
– an organization
– a city or region.
The National Delegations of the ISOCARP member countries and the members could nominate candidates for this award which was dedicated to Sam Van Embden, founder member and first President of ISOCARP.

The award was given during the 51st ISOCARP Congress in Rotterdam. The three daughters of Sam van Embden handed over the awards to the winners: 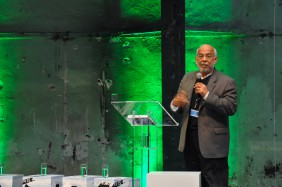 From the Jury report: His work based upon human-scaled places and the improvement of the living conditions of people has been widely exhibited and published. He lectured all over the world promoting the need for planning balancing human needs with cultural, natural and environmental values. His publications are important for the discipline as well for practitioners as academics and his plans have been implemented the world-over. Important is also his involvement in ISOCARP activities and his active participation in UPATs and several training and educational programs. 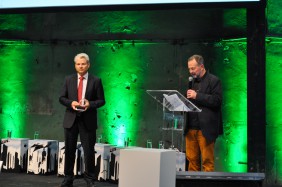 From the Jury report: Already in the seventies UN-Habitat was the first international organization dedicated to urbanization and human settlements through the provision of capital and technical assistance, particularly in developing countries. In international congresses (Habitat I and II) UN-Habitat was asking attention for the massive urban growth and developed the goals for the new millennium and identified emerging priorities for sustainable urban development and the improvement of the living conditions of people including the poor. The empowerment of local governments and people, the plea for governance instead of government and for bottom-up approaches is an important characteristic of its strategy. Being aware of the rapid urbanization in developing countries and its consequences, the environmental degradation all over the world, the lack of proper and affordable housing also in developed countries, inadequate and out-dated infrastructure, the huge migration, pollution and health issues, the ‘planning focus’ of UN-Habitat has become very prominent. The organization is pleading loud and clear to change mindsets, policies and approaches towards urbanization in order to be turned into opportunities that will leave nobody behind focusing on building a brighter future for cities, regions, villages, settlements of all sizes. A vision in fact also promoted by ISOCARP. Today its partners range from governments and local authorities to a wide range of international NGO’s and civil society groups (CSG’s) including ISOCARP.  Because of these four decades of extensive action and experience based upon human and natural values, from the highest levels of policy to a range of specific physical and technical issues, the quality of their publications and manuals, UN-Habitat has gained a unique and universally acknowledged expertise and a charismatic image. 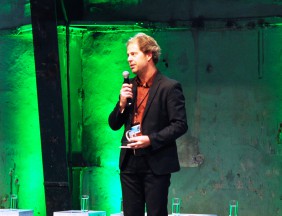 Hardwin de Wever for the City of Antwerp

Category 3: a city/region with a project/action: the City of Antwerp/Belgium with the project Park Spoor-Noord

From the Jury report: The project can be considered as a ‘citizens’ initiative. The population of a ‘weak’ neighborhood with many immigrants, social-economic problems and unemployment, reacted in the nineties against a proposal to develop a former railway yard as a real estate project. They claimed instead ‘a park’. The area was heavy polluted and owned by the railway company. Fortunately the city listened to the needs of the population and started a collaborative process to define the land use, the design and the realization of the project. The city could acquire 17 ha of the area for 1 euro in exchange for the building rights for the rest of the area (7 ha). After a competition, prepared in cooperation with the inhabitants using innovative participative tools, Bernardo Secchi and Paola Vigano and partners designed an innovative park in a dense urban fabric as a rather subdued but explicitly open landscape connecting all surrounding urban neighborhoods. The openness reinforces the public character of the area meant for the use by a very diverse community. The use of the park by different population groups today proves its extraordinary quality.

‘Park Spoor-Noord’ is a project that conveys the message that the creative interaction/coproduction between inhabitants and other stakeholders (owners, authorities,…) on the one hand and design quality on the other hand should not be considered as an exception but should be the base of all urban projects. 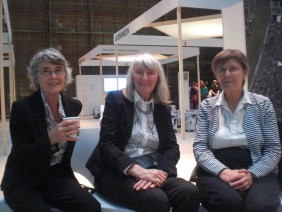 Sam van Embden’s daughters Hermien, Henriëtte and Josette who kindly handed over the awards to the winners