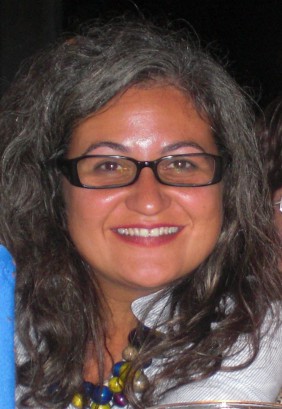 Abstract for the book
Many European cities have a shortage of good quality, affordable housing, but this problem has become less prominent in policy than it should be. This timely book aims to redress that balance. After an introductory chapter, expert contributors provide contemporary comparative accounts of
housing renewal policy and practice in nine European countries in its physical, economic, social, community and cultural aspects. Shared concerns over energy conservation, social protection and inclusion, and the roles and responsibilities of the public and private sectors form the basis of
a proposed policy.

Abstract for the book chapter by Zeynep Gunay
Since the modern Republic was established in 1923, Turkey has experienced rapid population growth, placing great demands on housing resources. Housing was developed in the past through formal and informal means, but from the 1990s, attention has been given to the need for housing renewal, to improve living conditions and to mitigate the risks from natural disasters. In the 2000s, housing renewal policy shifted from squatter settlement upgrading to a much more comprehensive approach. An account of the development of housing renewal policies from 1923 to the 2010s is followed by an exploration of present-day housing renewal, taking the Istanbul Historic Peninsula as an example. The main approaches here are ‘bottom up’ with loans, grants and other incentives for rehabilitating individual houses, and ‘top down’ using large-scale renewal under the 2005 Renewal Law. This is designed for earthquake risk mitigation and to ‘transform’ the neighbourhoods of the historic centre, requiring extensive clearance which is often
controversial, especially because of the historic character of the area and its place in the city’s cultural heritage. It is argued that future policy needs to give greater weight to rehabilitation and upgrading and to the participation of local residents in renewal strategies. Extended abstract of the book chapter Housing in Turkey has long been seen as a problem of quantity. From the 1920s, through the establishment of new urban centres as symbols of the modern Republic established in 1923, the provision of new housing has played a central role in housing policies as a response to
continuous and rapid population growth through natural increase and rural-urban migration. Different formal modes of production have been developed to house citizens in accordance with the law, while until the 2000s, the housing deficit continued to be closed by the citizens themselves through the building of informal squatter settlements (gecekondu, literally ‘built overnight’). Attitudes towards these settlements have been reflected in the legalisation and other concessions granted between 1949 and 1983: residents were seen as an economic resource in a then developing country of limited resources. This attitude has provided a continued impetus for further informal settlements, mainly for people moving from rural to urban areas of Turkey, especially but not exclusively to the large cities such as Istanbul. Inevitably, the earliest concerns about housing quality related to the squatter neighbourhoods and prepared the way for the upgrading policies and programmes which have been followed since the 1960s. Although the
transformation of these neighbourhoods through the upgrading of their infrastructure improved the residents’ quality of life, it has been argued that the acceptance of these informal settlements, in view of ever rising rents in the formal sector of the urban housing market, has negatively affected the moral codes of society, so that informal arrangements, blurring the boundaries between formal and informal, have become common also in the formal housing sector. The quality of formal housing was not questioned until the end of the 1990s. However, the meetings to prepare the National Report for Habitat II, the Second United Nations Conference on Human Settlements held in Istanbul in 1996, marked a significant change in the perception of
housing issues in Turkey, emphasising the growing need for renewal in both formal and informal housing. The need for the consolidation of existing housing structures was also stressed as an important issue for disaster preparedness. This change of perception did not occur in time and
could not prevent the loss of human lives as well as economic resources invested in the buildings demolished by natural disasters such as the Marmara Earthquakes in 1999. However, the lessons drawn from these experiences have highlighted the urgent need to renew the existing
housing stock. Academic commentators also have argued for more holistic/integrated approaches in housing renewal to achieve wider social and economic objectives.
Housing renewal policy and practice in Turkey thus shifted from the squatter settlement upgrading programmes of the 1960s to a much more comprehensive approach in the 2000s. Renewal strategies now form part of both housing and spatial planning policies, and planning legislation
has been changed in response to the increasing demand for renewal. There is a questioning of economic approaches that focus on demolition and reconstruction rather than reinvestment, such as rehabilitation and regeneration. Under so-called neoliberal policies for urban space, a
property-led renewal approach excludes, evicts and/or displaces low-income groups, regardless of whether they are owners or tenants of demolished housing. Present-day Turkey needs urgently to improve the quality of its housing stock, not only for structural durability, but also to make its
residential areas more liveable by greater awareness of the social and environmental consequences of each intervention.
Thus, this chapter examines the evolution of housing renewal in Turkey as a major component of housing policies especially since the mid-20th century; it elaborates on the changes of emphasis over time; and considers prospects for the future. The first section looks at the evolution of
housing renewal approaches from 1923 to the present day, from squatter settlement upgrading to large-scale renewal programmes. The second section explores present-day housing renewal through an analysis of renewal programmes in the Istanbul Historic Peninsula. This approach
helps to demonstrate the changes of emphasis in housing renewal over time, and to highlight their spatial and socio-economic implications for future housing renewal priorities in Istanbul, including consideration of the historic built environment, informal squatter settlements, disaster
risk mitigation and social exclusion. The chapter concludes by discussing the lessons learnt and the future prospects for housing renewal policies in Turkey.

The findings of the book chapter show that housing renewal is and will remain a priority for Turkish housing policy. Despite the progress made already to develop an holistic approach, this chapter has shown that policy in Turkey still focuses on hard renewal based on extensive physical
interventions from rehabilitation to clearance. The relatively recent introduction of an economicled approach to housing renewal has emphasised reconstruction rather than reinvestment through repair, maintenance and restoration. In most cases, the main objective is economic,
based on the idea that making areas more appealing through a change of function and of image will attract both investment in property and higher income residents. This so-called neoliberal approach aims to transform urban space through property-led renewal.
Property-led renewal excludes, evicts and/or displaces the low-income groups, regardless of whether they are the owners or the tenants of demolished housing. The renewal programmes in historic neighbourhoods, based on the ‘Renewal Law’ no. 5366, are far from resolving the housing problem: by focusing mainly on physical rehabilitation and structural regeneration and often neglecting social objectives, they give rise to other problems such as social exclusion and gentrification. The programmes also displace the socio-economic problems of city centres to the periphery.
The decrease of central/local government investment and the rebalancing of responsibility through the empowerment of new actors, such as TOKI, KIPTAS and the private sector, have added different dimensions to the problem. For example, owners of existing housing that is subject to demolition may seek to negotiate benefits beyond those of being allocated an improved new dwelling for their own use. An important reason for this is that housing is not only a consumption commodity for households in Turkey but also, through landlordism, can be an important investment for the owner’s social security. The allocation of an additional dwelling to certain re-housed owners may help to increase the amount of private rented housing in a market where social or public rented housing does not exist, but is questionable when it excludes lower income people from the opportunities for affordable home ownership.
Because of the low structural quality of much of the housing stock in Turkey, housing renewal cannot avoid the need for demolition and rebuilding. Many dwellings from the 1950s suffer from corrosion and require either structural consolidation or rebuilding due to problems and defects in
construction materials and technology. Turkey needs to improve the quality of its housing stock, not only for structural durability, but also to make its residential areas more liveable. All interventions have social consequences: and it is better not to demolish and rebuild if this can be avoided. The demolition of old buildings means the economic loss of existing structures, and of environmental sustainability if the ruins left behind cannot be recycled. Population growth, internal migration and economic development for more than 50 years have contributed to a housing policy in Turkey that has focused on development and new housing provision. It is no longer possible to continue such a policy. The priority in future years should be
to limit the further expansion of urban areas and the volume of housing provision, and to rehabilitate/upgrade as much as possible of the existing housing stock to improve the quality of life for all. An holistic approach to this requires consideration of household characteristics and
needs, and the value of existing environments especially the historic ones. Moreover, local people have to be more fully involved if bottom-up neighbourhood regeneration is to flourish. According to the Turkish Statistical Institute (TUIK) there is a housing shortage in Turkey of 3
million dwellings. At the same time, Istanbul Metropolitan Municipality estimates that effective mitigation against future earthquakes means that in Istanbul alone one million dwellings are at risk. Under the May 2012 Law on the Transformation of Areas under the Threat of Disasters (Law
no. 6306, 31.05.2012) it is envisaged that demolition and rebuilding in targeted zones will take place under the authority of the Ministry of Environment and Urbanisation. This approach raises serious questions about the environmental and social consequences of such large scale clearance of housing and neighbourhoods, notably because of the loss of housing that could be saved through rehabilitation; the inevitable displacement of existing residents; and the expected loss of conservation, agriculture and forest areas into zones reserved for future construction.
In future, a less ‘development-led’ approach would allow the management and implementation of housing renewal to be accomplished through the use of more appropriate instruments and actors. This shift of emphasis is needed because housing problems cannot be treated effectively in
isolation from other areas of policy. New legal and administrative models are required to provide existing housing areas and the people who live there with the sustainability and continuity they need, through a shift towards integrated/holistic renewal strategies based on the right to the city.