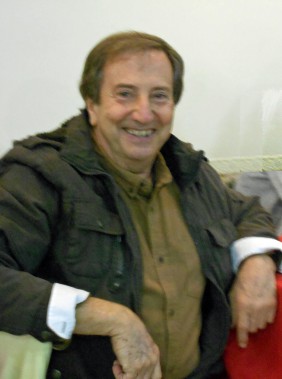 Lineu Castello worked as a Professor at the Universidade Federal do Rio Grande do Sul (UFRGS) in Porto Alegre (Brazil), where he also served as Director of the Postgraduate Programme in Urban and Regional Planning (PROPUR); Head of the Department of Urbanism; Coordinator of Specialization Courses in Urban Design; and Director of the Faculty of Architecture. He acted as a consultant of research teams to UNESCO’s MAB Programme; and to the Municipality of Porto Alegre. After retirement Lineu started serving as Invited Professor in the Master and Doctorate Programme in Architecture (PROPAR/UFRGS); and the Joint Master Programme in Architecture and Urbanism (Uniritter-Porto Alegre / Mackenzie-São Paulo); in subjects related to Theory of Place; Environmental Perception; Architecture of Place; and Urban Resilience. He was awarded a Doctor of Architecture degree (UFRGS); a Master of Philosophy degree, Edinburgh University (UK); received the Gerd Albers Award from ISOCARP (2007); and the ANPARQ Award (Brazil, 2014). He published the following books: Rethinking the Meaning of Place (London: Ashgate, 2010); was Consultant Editor for The Encyclopedia of the City (New York: Routledge, 2005); and A Percepção de lugar. Repensando o Conceito de Lugar em Arquitetura-Urbanismo (Porto Alegre: PROPAR, 2007). He is presently engaged on two research-Projects: “State-of-art of place: Evolution of a concept”, with a grant from the Brazilian National Research Council (CNPq); and “The project of convivial places and the contemporaneity of cities” (UniRItter University).