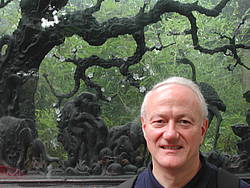 Francesco Bandarin is the former UNESCO Assistant Director-General for Culture. He was the Director of the UNESCO World Heritage Centre from 2000 to 2011. He studied Architecture at the Institute of Architecture of Venice, Italy and City and Regional Planning at the University of California, Berkeley, USA.

He is Professor of Urban Planning at the University Institute of Architecture of Venice.  For over 20 years, he has been consultant for international organizations in the field of urban conservation and development. He has been in charge of programs within large projects such as the Safeguarding of Venice and its Lagoon and the preparation of the year 2000 Jubilee Preparations in Rome. He has directed the process for the drafting and adoption of the UNESCO Recommendation on the Historic Urban Landscape. 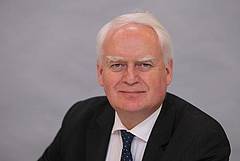 Olgierd Dziekonski, since October 2010 Secretary of State at the Chancellery of the President of the Republic of Poland. Born in 1950 in Wroclaw. He graduated from the Faculty of Architecture of the Wroclaw University of Technology. Deputy Mayor of the City of Warsaw in years 1990-1994 and 1999-2000. He was actively involved in creation of local self-government in Warsaw after the democratic breakthrough in 1990. Undersecretary of State in the Ministry of Infrastructure (2000-2001 and 2007-2010). Founder and president of the governmental foundation called Municipal Development Agency (1994-1999), which supported self-governments in Poland. UE expert for local and regional development and self-government initiatives in the UE countries and Syria (2001-2002 and 2006-2007). Manager for development at RTI Poland in years 2002-2006. Member of numerous professional organizations, such as National Chamber of Polish Architects Committee, Board of Architects Council of Europe (2004-2007), Board of the Small and Medium Enterprises Foundation, Board of the Union of Polish Metropolises (1998-2006), Committee for Spatial Economy and Regional Planning at the Polish Academy of Sciences (1998-2005).

Title of Speech: Quality factor at the urban transformation. The dilemma of the local freedom 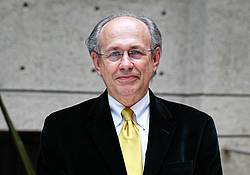 Alex Krieger has combined a career of teaching and practice, dedicating himself in both to understanding how to improve the quality of place and life in our major urban areas.

Mr Krieger is a principal at the Boston-based architecture and urban design studio of NBBJ, a global architecture firm. The studio has served a broad array of clients in major cities worldwide, focusing primarily on planning, educational, institutional, health-care and public projects in complex urban settings.

Mr Krieger is a professor at the Harvard Graduate School of Design, where he has taught since 1977.  He served as Chairman of the Department of Urban Planning and Design, as Director of the Urban Design Program, and as Associate Chairman of the Department of Architecture.  He serves in several university-wide roles including the newly established design review committees for both the Allston and Cambridge campuses.

Mr Krieger is a frequent advisor to mayors and their planning staffs, and serves on a number of boards and commissions, including: Director of the NEA’s Mayor’s Institute in City Design, Founder and co-director of the Large City Planners Institute, The Joseph Riley Institute, and as a Design Excellence Peer for the U.S. General Services Administration.  In 2012, he was appointed by President Obama to the U.S. Commission of Fine Arts.

Mr Krieger received a Bachelor of Architecture degree from Cornell University and a Master of City Planning in Urban Design degree from Harvard.  He is a Fellow of the American Institute of Architects. 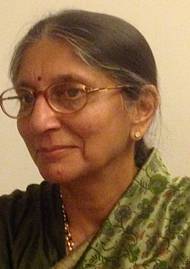 Dr. Meera Mehta is a Professor Emeritus at CEPT University.

She has over 35 years of experience in water and sanitation, urban development and urban infrastructure finance. She also serves as a member of the Steering Committee of the Stockholm-based inter-governmental organization Global Water Partnership (GWP), advisory committee for SHARE project at the London School of Hygiene and Tropical Medicine, and was a member of the working group on equity for the WHO-UNICEF post-2015 deliberations for water supply and sanitation.

Meera Mehta developed a new graduate programme in housing and was the Director of School of Planning in 1992. She has worked with USAID’s FIRE-D Project, and with the World Bank in India and subsequently with its Water and Sanitation Program in Africa (2000-2006).  She has consulted for a large number of international agencies (including World Bank, ADB, DFID, UNICEF, USAID and Government of Netherlands), Gates Foundation, and WaterAid.She has written extensively on housing, urban development, water and sanitation and infrastructure finance. 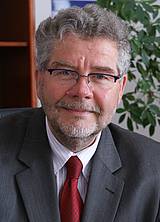 Janusz Zbik  was appointed Undersecretary of State in the Ministry of Infrastructure and Development on 28 November 2013.

He was born in 1953 in Cracow. He graduated from the Faculty of Architecture at the Cracow University of Technology in 1981. Between 1981 and 1984, he worked in the Municipal Engineering Design Office in Cracow, taking part in municipal infrastructure projects (concerning water intake structures in Cracow, incinerators and cemeteries in Batowice and Tyniec). From 1984 to 1991, he worked in the public administration as Municipal Architect in Krzeszowice. Before appointment to the post of Building Control Inspector in Malopolska in March 2003, he was a Vice-Chairman of Municipal Council in Krzeszowice, member of Regional Council Bureau in Malopolska and District Board in Cracow. For many years, he was running a business as a chief architect and owner of ‘Arch-Invest’ architecture studio.

He conducted many projects in the area of construction (housing, public utility and industry).

Before the appointment to the post of Undersecretary of State in the Ministry of Infrastructure, Janusz ?bik worked as a Building Control Inspector in Malopolska. He holds entitlements to perform independent technical functions in the construction industry in the area of architecture and execution of construction projects.

He is a member of the Association of Krzeszowice Land Lovers. He was also a member of its Board. He was awarded Gold Medal for Long Service.