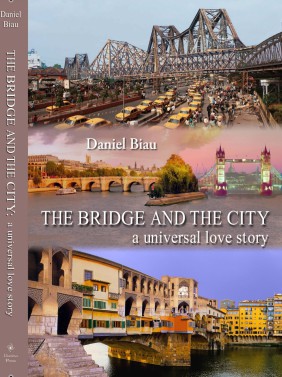 ISOCARP Members receive 10% discount. Click here to find out how.

The Bridge and the City – A universal love story

Across countries and centuries, this book explores a fundamental social and demographic change: the emergence of a planet of towns and cities. But it looks at this densification of human and economic relations through a specific lens, the increased connectivity triggered by strategic urban bridges.

As places of encounters and exchanges, bridges have played a major role in the urbanization of our planet. Through the history of twenty-four cities, The Bridge and the City explains how these monuments have influenced urban development over all continents. The most fascinating cities in Europe (Paris, Rome, Istanbul, Saint-Petersburg, London) all possess fantastic bridges. The same could be said about North American cities (New York, San Francisco) and cities in other regions of the world. Besides, the most famous bridges have almost always been erected at a critical juncture  in the history of their host cities. It could be argued that “the bridge makes the city” because, in history, the city reaches a new dimension when its “grand” bridge is inaugurated. This was the case in Prague and Florence in the fourteenth century, in Mostar and Venice in the sixteenth century, in Paris and Isfahan in the seventeenth century, in Budapest, New York and London in the nineteenth century, and in Sydney, San Francisco, Kolkata and Shanghai in the twentieth century.

Bridges can be seen as founding milestones, buttonholes and laces of the urban fabric, as well as signatures of the built environment. As architectural objects and engineering feats, they directly reflect the technical achievements and aesthetical values of their time, as well as the socio-cultural context of their construction. The Bridge and the City tells and illustrates a universal love story, over space and time, from Rome and its Ponte Sant’Angelo (134) and Paris and its Pont-Neuf (1607) to New York and its Brooklyn Bridge (1883) and Shanghai and its Nanpu Da Qiao (1991).

An ode to the world’s most beautiful bridges, apprehended in their diverse historical settings, The Bridge and the City is an analytical and visual treasure that will delight bridge and city lovers on every continent.

Born in France, Daniel Biau graduated from the Ecole Nationale des Ponts et Chaussées in Paris as a Civil Engineer specialized in urban planning.  He also holds a PhD in Sociology from Sorbonne University.  Daniel Biau has been Deputy Executive Director and Director of the Regional and Technical Cooperation Division of UN-Habitat, the City Agency of the United Nations, between 1994 and 2011. In this capacity he has provided advice on housing and urban development policy to more than 60 countries in all regions of the world and published many articles on urban issues. He is now an independent consultant based in Paris and Nairobi, and pursues his observation and analyzes of the evolutions of our urbanizing world.